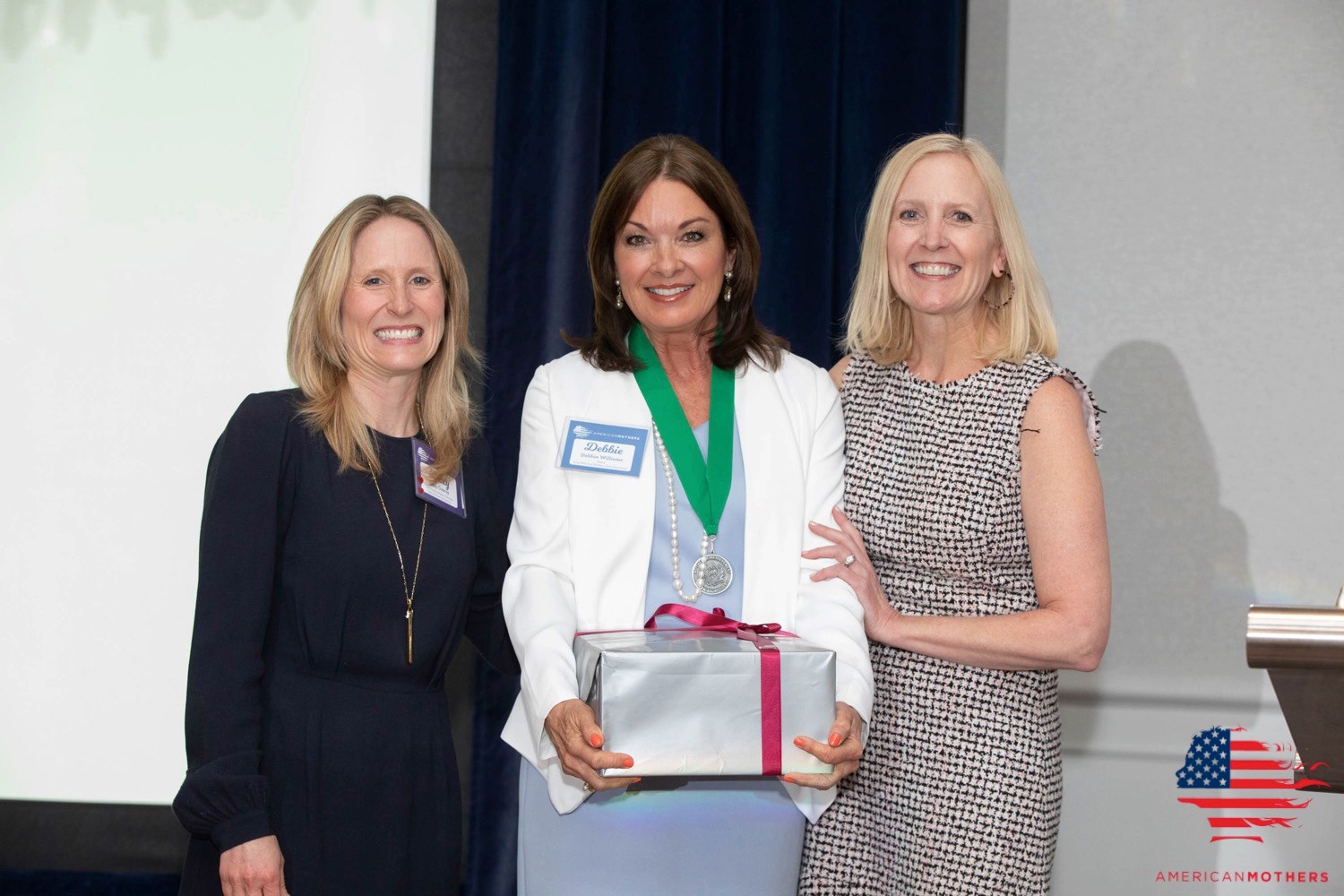 Entering one of the ballrooms at the Mayflower Hotel in Washington D.C.,  I wondered…

who I would meet and what I’d hear from the women who gathered for the American Mothers Convention. I quickly found out. The Mother of the Year from each state stood behind the podium and shared their story. What story? A story of her mother breaking her fingers so her mother could take her to the emergency room and get pain killers; that her mother would then take. Another mom’s story of choosing to give birth to her child even after doctors warned her would the child would die within minutes of being born; of her holding her son in her arms for only a few minutes. A story of a mother learning that her daughter had been being sexually abused for years and the healing journey.  A story of a mother whose child’s eye was removed due to cancer and the pain of those who gawked and made rude comments within their hearing.

Prior to arriving in Washington D.C., I’d been at Monadnock Christian Ministries leading my P.R.A.Y. with Passion Across the Nation Conference for women in the New England states. A shared fact between the women at the retreat and the women at the conference is that life isn’t easy. Rather, it’s filled with challenges. It should not come as a surprise. Why? Jesus warned, “In the world you have tribulation; meaning pressure. (John 16:33)

What to Do with Pressure

One of my favorite teachings is in i2 Chronicles 20.  The Israelites were faced with incredible pressure. A great enemy army was fast approaching. The king was afraid. What did he do? He “turned his attention to seek the Lord and proclaimed a fast throughout all Judah.” (verse 3)  What can we learn from King Jehoshaphat?

Turn Our Attention to Seek the Lord

Instead of focusing on the enemy, a wise first step when faced with problems and pressure is to turn our attention to the Lord. This isn’t ignoring the problem. It’s bringing God into the situation.

King Jehoshaphat’s first act was to praise God for His greatness, faithfulness, and power. This is not being Polly Anna. It’s voicing our faith in the reality of divine intervention.

In 2 Chronicles 20:12, Jehoshaphat humbly prayed, “O our God, will you not judge them? For we are powerless before this great multitude who are coming against us; nor do we know what to do, but our eyes are on You.” Again, we learn the importance of turning our eyes heavenward instead of just starring at the problem. We learn the importance of admitting to God that we don’t know what to do.

Wait for the Spirit

In 2 Chronicles 20:14 there are 5 important words related to two critical principles for handling pressure. “Then in the midst of the assembly the Spirit of the LORD came upon Jahaziel….”

After receiving the Spirit of the LORD’s direction for what to do, “Jehoshaphat bowed his head with his face to the ground, and all Judah and the inhabitants of Jerusalem fell down before the LORD, worshipping the LORD.” (2 Chronicles 20:18)  Jehoshaphat models his faith that God was going to deliver what He promised by bowing in worship and thanksgiving to Him before the answer was carried out.  That begs a question. Do we bow with our face to the ground and worship the LORD after crying out to Him and receiving His Spirit’s direction?

Too Often Too Soon

Too often when fear, tribulation, and pressure bear down on us, we may react out of our human nature or we may shoot quick “arrow” prayers to God. What can we learn from Jehoshaphat? 1. Turn our attention to the LORD. 2. Praise Him for His past faithfulness and great power. 3. Tell Him we don’t know what to do, but our eyes are on Him. 4. Wait for the Spirit to direct our minds. 5. Bow and worship God for HIs direction. 6. Do what He tells us.

Yes, whether we’re Christians gathered at a retreat or those scattered throughout our nation going to work and/or raising families, there is tribulation and pressure. But, we are not without hope. We can join those who have gone before us and say, “We don’t know what to do, but our eyes are on You.”

Heavenly Father, forgive us when we ignore the greatness of Your power. Forgive us for running ahead and not waiting for Your Spirit’s wisdom and leading. Forgive us for not bowing in worship even before You have brought the victory. May we move forward with our eyes on You.

Prayers of My Heart  Journal, on sale